The National Indian Gaming Commission was created in 1988 with the passage of the Indian Gaming Regulatory Act (IGRA), which was enacted to support and promote tribal economic development, self-sufficiency, and strong tribal governments through the operation of gaming on Indian lands. The Act provides a statutory basis for the federal regulation of Indian gaming. IGRA establishes the Commission to regulate and support tribal gaming as a means of generating revenue for tribal communities. See 25 U.S.C. § 2704.

The National Indian Gaming Commission is committed to fulfilling its responsibilities by:

To achieve its Congressional mandate, the Commission adheres to the principles of good government, including transparency and agency accountability; promoting fiscal responsibility; operating with consistency and clarity to ensure fairness in the administration of the Indian Gaming Regulatory Act; and respecting the capabilities and responsibilities of each sovereign tribal nation in order to fully promote tribal economic development, self-sufficiency, and strong tribal governments. 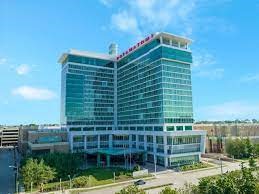 NTTM: How to calculate Fees