E. Sequoyah Simermeyer (Coharie) is the Chairman of the National Indian Gaming Commission. He was appointed by the President to a three-year term after the United States Senate unanimously confirmed his nomination in November 2019. As Chairman, he is responsible for the federal regulatory agency’s daily operations including its eight regional offices as well as its national and local training and technical assistance efforts. He has the authority to issue civil enforcement fines and temporary closure orders for regulatory violations by gaming operations on Indian lands. As a member of the National Indian Gaming Commission’s three-member commission, he is responsible for regulating and ensuring the integrity of the more than 524 Indian gaming facilities, associated with nearly 248 tribes across 29 states.

Industry Integrity – protecting the valuable tool of Indian gaming that in many communities creates jobs, is the lifeblood for tribal programs, and creates opportunities for tribes to explore and strengthen relationships with neighboring jurisdictions.

Preparedness – promoting tribes’ capacity to plan for risks to tribal gaming assets including natural disaster threats, the need to modernize and enhance regulatory and gaming operation workforces, or public health and safety emergencies.

Prior to joining the NIGC, Simermeyer advised the Chairman to the United States Senate Committee on Indian Affairs. In that capacity, he helped draft legislative proposals and committee reports, prepared oversight and legislative hearings, and advanced the Committee’s work on priority issues facing Indian country. Simermeyer also served as Deputy Chief of Staff and as a counselor to the Department of the Interior’s Assistant Secretary for Indian Affairs under multiple administrations. Before beginning federal public service in 2007, Simermeyer worked for the National Congress of American Indians, a national intertribal organization focusing on the protection of tribal governments’ rights and status. His work included policy development in the areas of gaming, taxation, and economic development. He also advanced the organization’s state-tribal relations project and its activity before the United Nations and the Organization of American States on issues impacting Indigenous Peoples’ rights.

Simermeyer graduated with a Bachelor of Arts degree from Dartmouth College, N.H., a Masters of Study in Environmental Law from Vermont Law School, V.T., and received his Juris Doctor from Cornell Law School, N.Y. 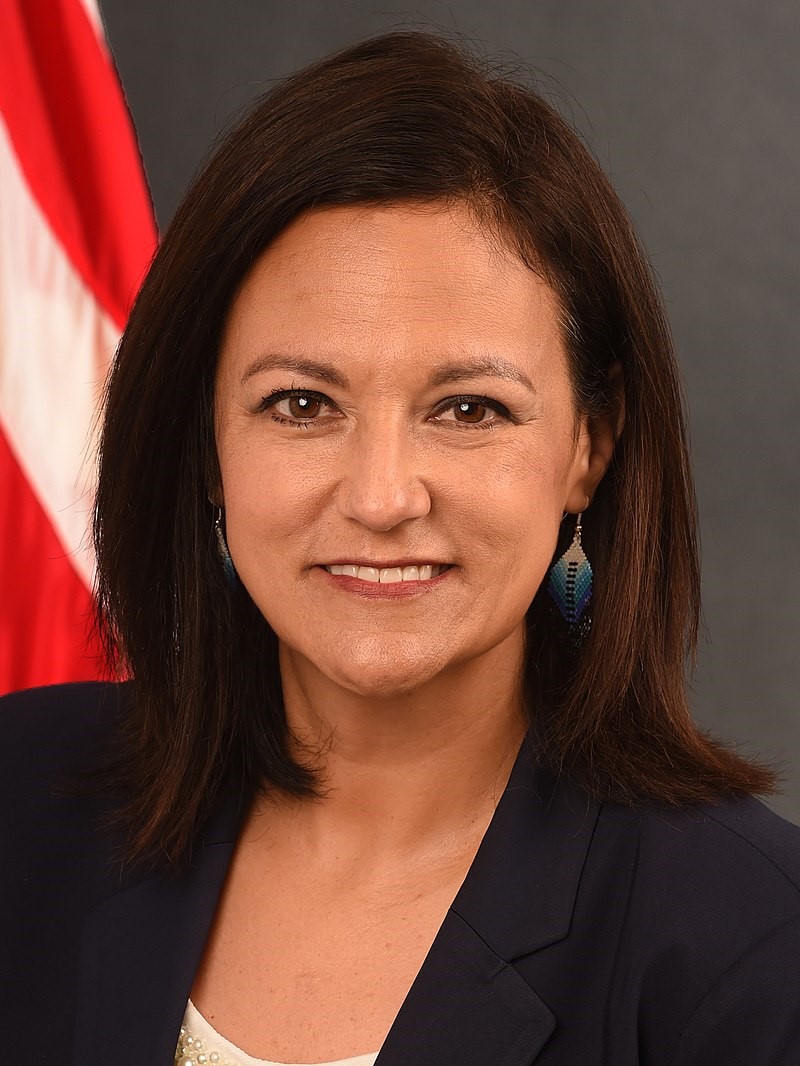 Jeannie Hovland (Flandreau Santee Sioux) is the Vice-Chair of the National Indian Gaming Commission (NIGC). As such, she is responsible for regulating and ensuring the integrity of the more than 524 Indian gaming facilities, associated with over 248 tribes across 29 states. Hovland began her three-year term at the agency on January 17, 2021, after being appointed by the Secretary of the Interior.

Hovland chaired the HHS Secretary’s Intradepartmental Council on Native American Affairs (ICNAA), serving as an advisor to the Secretary, addressing issues of importance to tribal communities through partnerships with all of HHS departments. Hovland helped bring national awareness to the crisis of Missing and Murdered Native American’s through her role on the ICNAA as well as through her participation on the Presidential Taskforce, Operation Lady Justice. Under Hovland’s leadership, as chair of the ACF Native American Affairs Advisory Committee, comprised of ACF leadership and in partnership with the ACF Tribal Advisory Committee, the ACF Missing and Murdered Native Americans - A Public Health Framework for Action was published in October 2020.

Hovland’s extensive knowledge and experience on Indian Affairs includes her many years serving Native American communities in South Dakota where she worked for Senator John Thune for nearly 13 years. As Tribal Affairs Advisor, Hovland dedicated most of her time in the communities as she believes in community-driven solutions. During that time, Hovland was able to provide input on important legislation such as the Tribal Law and Order Act and the Code Talkers Recognition Act of 2008.